What is a Blizzard? 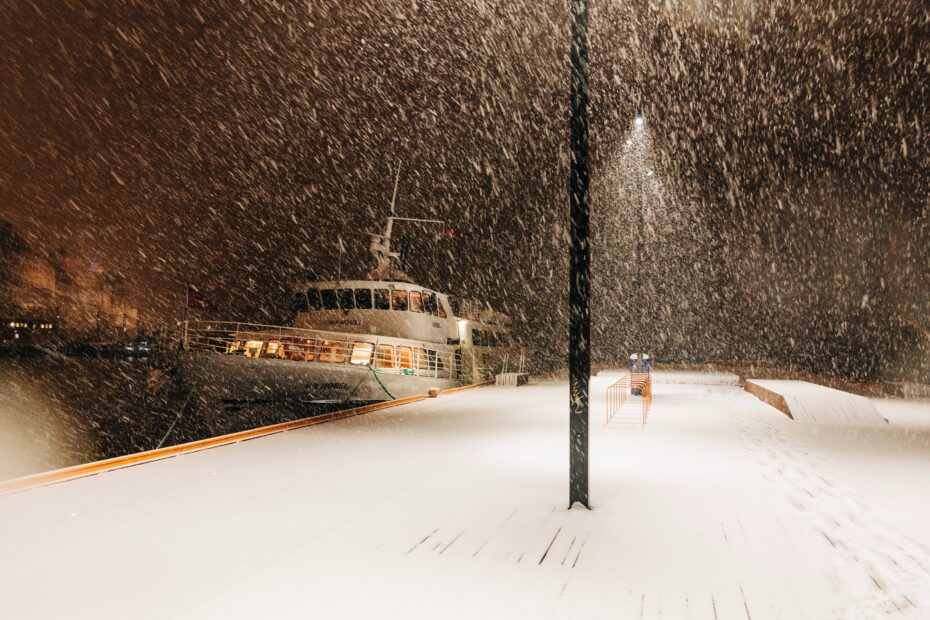 Most people mistakenly use the term blizzard to refer to a heavy, sustained snowfall. Yet, most of these events do not qualify as blizzards. The presence of high, sustained winds with gusts that often range into tropical storm force territory is an essential part of a blizzard.

The National Weather Service defines a blizzard as an intense winter storm with temperatures below 20º F and sustained winds of 35 mph or more for more than three hours that combines with heavily falling snow or snow that is already on the ground to reduce visibility to one-quarter mile or less. Blizzard conditions that occur without falling snow are sometimes referred to as ground blizzards.

Severe blizzards have even harsher criteria. Winds must be sustained at 45 mph or more while temperatures fall below 10º F and visibility is less than 330 feet (100 meters). Such absence of visibility is commonly referred to as a whiteout, which occurs when so much snow is in the atmosphere that people and animals cannot tell the earth from the sky. In this state, humans and animals can lose their way and freeze to death.

Storm systems powerful enough to cause blizzards usually form when the jet stream dips far enough to the south to allow cold air from the north to clash with warm, southern air. Blizzard conditions often develop on the northwest side of such intense systems. The difference between low pressure in the storm and higher pressure to the west creates a tight pressure gradient that results in very strong winds. These winds combine with snow to produce the extreme conditions.

Blizzards often form in the south central Great Plains of the United States when rapidly intensifying low pressure systems move out of the Rocky Mountains and cause heavy snows and strong winds to the north, while thunderstorms and rain occur in the south and east. Cold, moist air from the Pacific Ocean travels over the Rockies and into the Plains where it clashes with the warmer, moist air from the Gulf of Mexico. If there is a closed low aloft and a strong polar jet, blizzard conditions may extend from the Texas panhandle to the Great Lakes.

Other blizzards occur when a cold core low over Hudson Bay in Canada is displaced southward over the Great Lakes and New England. When areas of upward vertical motion and energy move around the low, they collide with warmer air coming northward from the Gulf of Mexico to produce strong surface winds, lots of cold air advection and extensive wintry precipitation.

Other Types of Winter Storms

Several kinds of winter storms occur regularly throughout North America and differ in their characteristics, intensities, and paths. In addition to blizzards, other common winter storms are ice storms, lake effect snow, and nor’easters.

Ice storms occur when freezing rain accumulates to ¼ inch or more in thickness. Freezing rain happens when rain droplets encounter freezing or subfreezing temperatures at earth’s surface and the rain freezes on contact with the ground or on objects near the surface. Ice accumulates on roads, trees, power lines, etc., to create dangerous navigational conditions as well as potential power outages.

Lake effect snows frequently occur near the Great Lakes when a mass of cold air moves over warmer water to create an unstable temperature profile in the atmosphere. Clouds build over the lake, eventually developing into snow showers and squalls.

This type of locally produced snow typically follows on the heels of a passing front with very cold Arctic air. Winds accompanying Arctic air masses generally blow from the west or northwest, causing lake effect snow to fall on the east or southeast sides of the lakes. Winds from the north, are less common, but can also produce lake effect squalls.

Nor’easters are among the fiercest of storms and can also occur in autumn and spring. The storm gets its name from continuously strong northeasterly winds blowing in from the ocean over coastal areas ahead of the storm. These storms often form as low pressure systems in the Gulf of Mexico or off the east coast of North America in the Atlantic Ocean. Nor’easters are characterized by heavy snow, rain, and oversized waves that often cause beach erosion and structural damage. Wind gusts range into hurricane force in intensity.