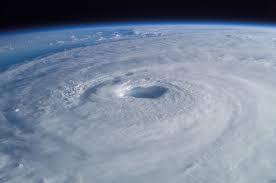 The term tropical cyclone is a generic term used to describe a non-frontal, low-pressure system developing over tropical water with “organized convection” and “definite cyclonic surface wind circulation”, according to the National Oceanic and Atmospheric Administration. Organized convection means the storm is considered a thunderstorm.

The Coriolis Force at the Equator

How Do Tropical Cyclones Form?

The University of Illinois Atmospheric Sciences Department has determined several factors needed in the creation of tropical cyclone formation.

Tropical cyclones require warm, moist air to create energy for the storm development and to drive the cyclone circulation.

Tropical storms are known for devastating storm surge, especially since these storms hit tropical areas with elevations at or below sea level. Storm surge is an onshore rush of the ocean or sea water caused by high winds and low-pressure from the storm. Strong winds help blow the water towards the shore. The low-pressure of the atmosphere within the storm causes the sea level to rise around the edges of the storm.

On November 16, 2007, a strong tropical cyclone, Cyclone Sidr, caused massive damage, killing over 3,000 people in Bangladesh. With winds over 150 mph, storm surge was inevitable, flooding the low-lying areas of the nation and surrounding islands. The storm surge reached heights of 4 feet, easily sweeping through the region. This storm was called a tropical cyclone as it originated in the Southwest Indian Ocean, increasing its strength over the Bay of Bengal, finally making landfall in Bangladesh and India.