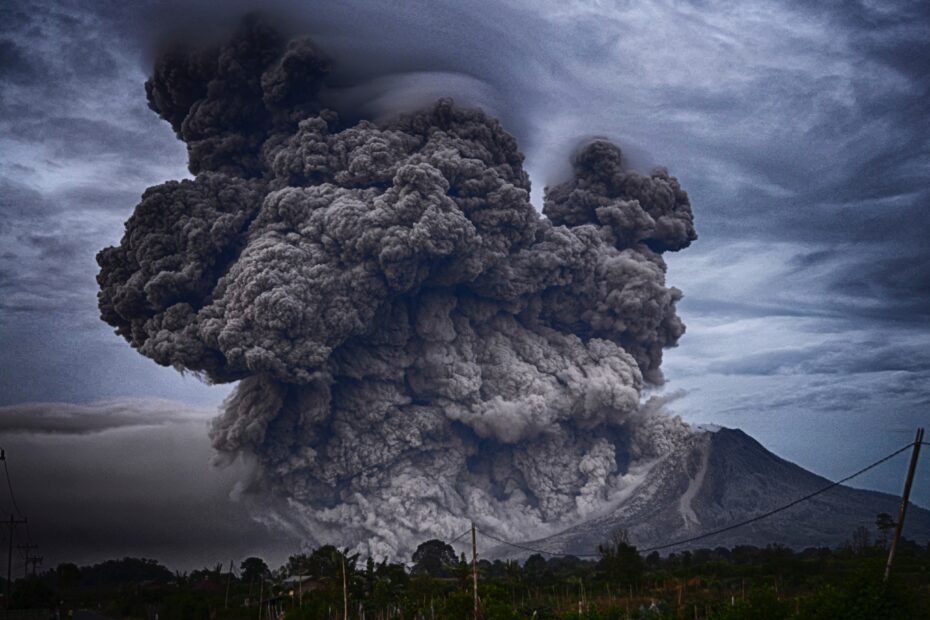 The Volcanic Explosivity Index, also referred to as VEI, was created by volcanologists Christopher Newhall and Stephen Self in 1982. In an article titled, “The Volcanic Explosivity Index (VEI) An Estimate of Explosive Magnitude for Historical Magnitude” published in the Journal of Geophysical Research, Newhall and Self introduced their scale to the world of volcanology as a way to classify the size of historical eruptions. Furthermore, the scale can be used to forecast the size of a volcano’s future eruptions based on the VEI magnitude of its historical eruptions.

The Richter magnitude Scale, or local magnitude scale, was developed in 1935 by seismologist Charles Richter as a way to mathematically calculate the magnitude of an earthquake. The Richter Scale uses information from seismographs, such as the amplitude of seismic waves, to assign a magnitude value. These values go from 0 to 10 and are expressed as whole numbers and decimals – the smaller the number, the smaller the magnitude of the earthquake. For example, earthquakes with a magnitude of 2.0 or less are usually called microquakes and cannot be felt by people. Earthquakes with a magnitude of 4.5 or greater can be felt by people in the region and can usually be recorded by seismographs all over the world.

The Fujita Tornado Damage Scale was created by meteorologist Theodore Fujita in an attempt to classify and size and intensity of tornadoes based on the damage tornadoes cause to man-made structures. In 1971, Fujita wrote a paper titled, “Proposed Characterization of Tornadoes and Hurricanes by Area and Intensity” for the Satellite and Mesometeorology Research Project at the University of Chicago. In this paper, Fujita attempted to relate damaged structures to tornado wind speed. The scale values range from F0 to F5, with an F0 tornado causing light damage and an F5 tornado causing incredible damage.