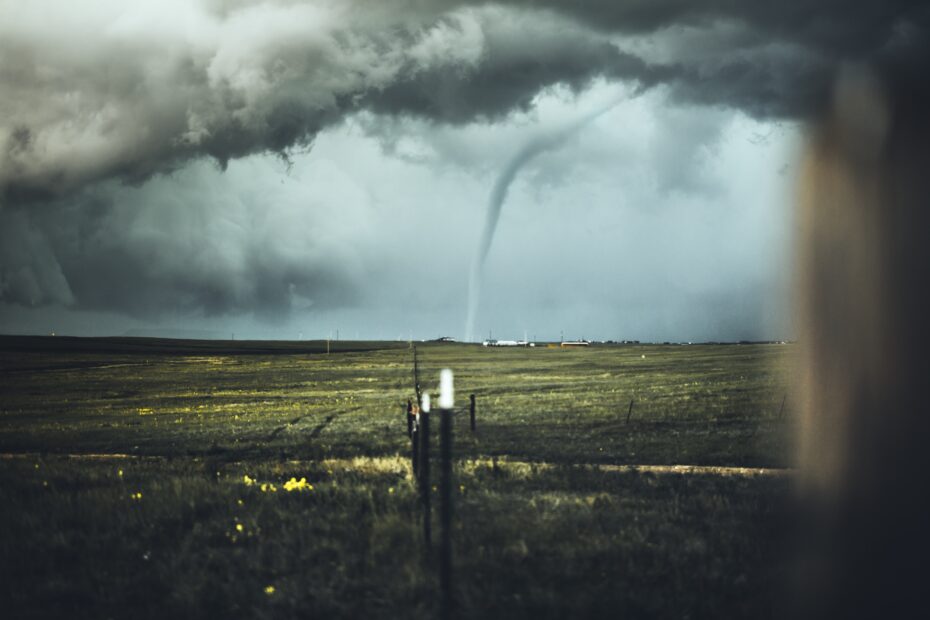 Each year about a thousand tornadoes touch down in the US. The National Oceanographic and Atmospheric Administration (NOAA) estimates that tornadoes on average kill 60-80 people a year and cause over 1,500 injuries. They cut a path of devastation through communities destroying homes and livelihoods. In addition to their tornado warning and tracking missions NOAA, The National Weather Service and the Severe Storm Laboratory in Norman, OK work to counter dangerous myths about tornadoes.

Myths About Where Tornadoes Occur

Myth: People are safe from tornadoes as long as they don’t live in “Tornado Alley,” the heartland states in the central US that bear the brunt of these storms. The National Weather Service points out, “Tornadoes can occur almost anywhere in the U.S., including west of the Rockies and east of the Appalachians.” The National Severe Storms Lab (NSSL) has developed an interactive tornado prediction map on which a visitor can click on any spot in the continental US and learn the probability of a tornado in that region in a given year.

Myth: Tornadoes only strike level surfaces such as meadows, flatlands, or plains. It’s commonly believed that living in a mountainous area protects people. Though funnel clouds are not typically seen in mountainous terrain, it’s not impossible for them to strike there. Because mountains are sparsely populated, there are few witnesses to their fury. The National Weather Service reports that an extremely violent tornado was once observed in Yellowstone National Park.

Myth: Boaters are safe because tornadoes don’t cross water. Water spouts are a common form of cyclonic weather event though they are not as dangerous as tornadoes. However, NOAA archival maps show the path of the Tri-state tornado of March 18, 1925. It was the most deadly in US history, killing nearly 700 people. In its four hour rampage across three states, the tornado crossed the Mississippi River, then tore across the Wabash.

Roger Edwards of the Storm Prediction Center in Norman, OK, warns, “There is no such thing as guaranteed safety inside a tornado. Freak accidents happen; and the most violent tornadoes can level and blow away almost any house and its occupants.”

Myth: The safest place to hide in a tornado is the southwest corner of the building. Edwards explains, “the SW corner is no safer than any other corner.” That old myth was generated by the erroneous belief that tornado winds come from a particular direction. In point of fact, says Edwards, tornadoes can come from any direction. He advises that the safest place in a basement is under a sturdy piece of furniture or mattress that may provide protection if the floor above collapses and sends heavy furnishings crashing downward.

Myth: With an approaching tornado it’s a good idea to open one or more windows to equalize the pressure in the house. The idea that moving one thin pane of glass is going to protect a roof or house from one of the most violent natural forces on the planet has a certain absurdity about it. The website explains that to influence the pressure in a tornado a window would have to be thick enough to withstand winds from 100-200 m.p.h. carrying heavy objects such as trees, telephone poles, even vehicles.

Do Vehicles Provide Safety from a Tornado?

Myth: With a tornado approaching, being in a vehicle is one of the safest places to be. The Storm Prediction Center’s Roger Edwards demolishes this myth. “Vehicles are notorious as death traps in tornadoes, because they are easily tossed and destroyed.” His advice? Drive away from an oncoming tornado as fast – and as safely – as you can. If the tornado is too close and appears to be heading straight in your direction, get out of the car and away from the road and seek shelter in the nearest strongly built building. Otherwise, lie flat against the ground.

Tornadic storms are deadly and destructive. There are a few time-tested ways for people in a tornado’s path to protect themselves, but relying on mistaken beliefs and myths about these killer storms is not one of them.