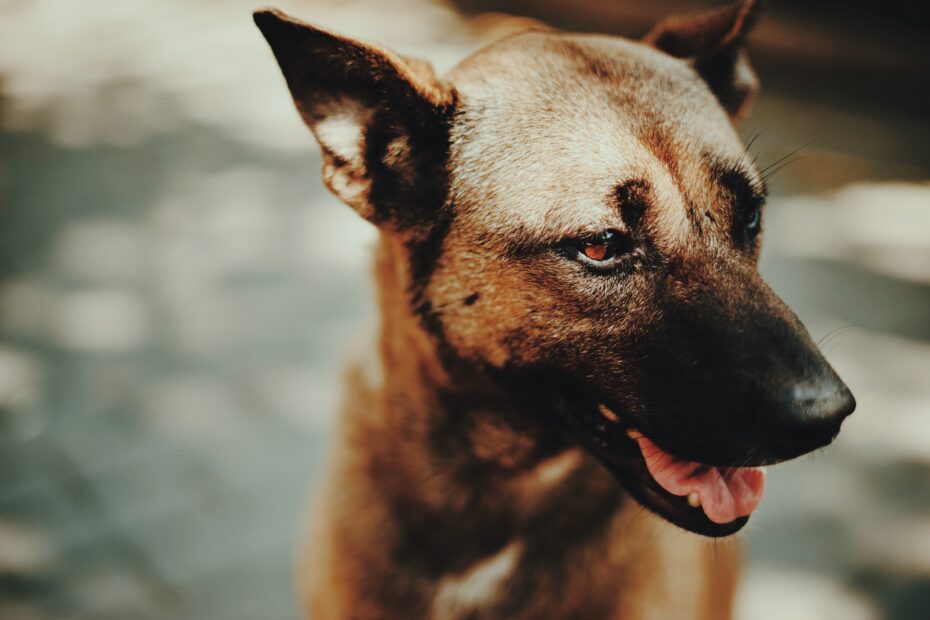 It is in these situations that your training and agility will even things up a bit. Do not underestimate dogs; they are a direct descendent of the wolf. Their eyesight is monochromatic and generally poor; at distances over 50m they may struggle to detect stationary humans; however, their sense of hearing and sense of smell more than make up for this.

Their hearing is easily twice as good as our own, picking up frequencies that humans can’t and their sense of smell is many thousands of times more sensitive than a human’s.They can be segregated into three categories, domestic dogs, tracker dogs and attack dogs. We will look at all three types in more detail and their threat to your situation.

Domestic dogs are generally only a problem if you are close to the living areas of others; they may sense your presence and make a noise alerting others of an intruder. Guard dogs are normally chained or allowed to run loose within a compound and as such should present little or no problem.

Tracker dogs are used to find you by the scent trail that you will leave behind when moving through open country; they are not normally a serious threat by themselves as they will have a handler and be on a leash. They find you not only by the scent that your body gives off into the atmosphere but also by the scent that you leave on all the things that you have rubbed against or touched including what your boots. They are accompanied in virtually all situations by a handler; this can be used to your advantage.

It is only the military that use attack dogs in the true sense and as such only military personnel are likely to have to deal with them. The nearest a civilian is likely to get to an attack dog is if they are a fugitive but this is a different animal altogether. The law enforcement dogs are trained to detain and are generally kept under control; this makes them predictable and much less of a threat to life.

Normal domestic dogs can be much more dangerous to the civilian as they are unpredictable, attacks usually being random and frenzied. Military attack dogs are normally of the larger variety and are released primarily to attack, detaining often being of secondary importance. They are usually trained to go for the neck and groin area and cannot be looked upon as a pet under any circumstances.

An attack dog can kill a human being easily; to give an idea of how powerful their bite can be just look at the figures. An attack dog can exert a jaw force exceeding 150 kg whereas a human jaw exerts less than 30 kg; taking into account the size and shape of their teeth makes the situation even worse.

There are a number of ways the evader can help the situation. The tips below are by no means all that can be done as this is an extremely complex and lengthy subject with thousands of changing variables that affect almost every decision.

The force that you are likely to be evading will probably consist of two or more handler/dog teams, at least one human tracker acting as a secondary tracker and a number of armed personnel. It may come as no surprise that as you are dealing with tracker dogs hiding should not be considered as an option under any circumstances; the dog and handler are a team and even if you manage to fool the dog the handler will know by the behavior of the dog that something is wrong.

The best way is to keep moving, constantly taking advantage of the limitations that the force is imposing upon itself. Although the dog can move faster and for longer periods than you can, it is slowed down by its handler; the human tracker is likely to be slower still and the armed personnel will be at the rear so as not to interfere with the dog or human tracker. Things are starting to look a little better now!

Human trackers can be very good indeed and in many ways at least on par with the dog; fortunately this can be a very slow job and with a little thought on the part of the evader even slower. The tracker will be working in two main areas, ‘ground sign’ and ‘top sign’ although many other clues will be constantly observed. Generally speaking ‘ground sign’ consists of anything from the ground to three inches above the ground, ‘top sign’ is everything above that.

The ‘ground sign’ the tracker is looking for covers many things such as:

The ‘top sign’ again covers many things such as:

The Dog and Handler

The dog and handler work as a team; the handler will not rush the dog in any way and has complete confidence in its ability. This is the weak link; you must destroy this confidence to the point that the handler pulls the dog to where he thinks it should be. This is only possible because the dog and the handler cannot discuss things with each other; once this is done, the reliance is on the human tracker.

The tracker will not now allow anyone to be in front of him as he now becomes the primary tracker and understandably does not want the ‘sign’ to be contaminated, nicely slowing things down to a more controllable level. We now come to the things that are favorable and unfavorable for the tracking team.

Favourable things for the tracking team include:

Unfavorable things for the tracking team include:

This information is indeed very basic to say the least but nevertheless gives an insight into an extremely complex subject that is as much mental as physical and involves making decisions taking into account the hundreds if not thousands of changing variables.